The move — part of an initiative to assemble the best-in-class enterprise executive team — comes on the heels of Signifyd’s latest round of funding, a $100 million infusion by Premji Invest and others, including Bain Capital Ventures, where Guha was a partner focused on ecommerce and software-as-a-service investments.

Indy has spent years understanding the challenges faced by enterprise retailers,” Signifyd CEO and Co-founder Raj Ramanand said. “Adding him to our enterprise team is another leap forward in our mission to drive more revenue for the most sophisticated merchants while helping them provide their customers with a friction-free buying experience. 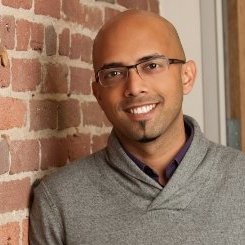 Guha, who spent nine years at Bain Capital Ventures, said he was eager to apply the insights he gained while investing and working with some of the premier digital retailers and retail solution providers in the world.

“Signifyd solves a conversion problem that even the most savvy retail enterprises have not been able to tame,” Guha said. “Fraud is growing faster than ecommerce itself and most merchants combat that by managing downside, by declining transactions, not by managing upside, by maximizing revenue. I couldn’t pass up a chance to help the world’s biggest merchants unlock that growth, all while working alongside a battle-tested team I know well.”

Guha, Signifyd’s vice president of enterprise marketing, will be part of an enterprise executive team that has honed its understanding of large retailers’ needs by becoming intimately familiar with their challenges, successes and potential.

Guha, who was the youngest partner named in Bain Capital Ventures’ history, oversaw some of the firm’s key ecommerce-related investments, including SquareTrade, BloomReach, Kenshoo and Signifyd itself. His fascination with the modern commerce technology stack was fanned with Bain Capital Ventures’ investment in Jet.com, the most prominent example of a new breed of ecommerce enterprises.

Sometimes referred to as digital natives, members of the new breed are born digital first and they seek to offload operational distractions by building a commerce stack consisting of best-in-class technology partners.

Guaranteed fraud protection is the future of ecommerce

The model, which was laid out in Mary Meeker’s Internet Trends 2018 report, is the future of ecommerce, Guha said, citing examples like Kylie Cosmetics, a company valued at nearly $800 million with only seven full-time employees.

“Understanding the tech stack that Jet assembled to hit massive scale in mere months was really interesting to me,” he continued. “And Signifyd was a key part of that stack. Jet was quick to figure out that there is a lot more to this story than preventing fraud. As a merchant, tuning fraud operations to maximize sales is one of the single biggest levers you can pull to drive profitable revenue.”

Merchants are able to ship more orders and expand into new markets with Signifyd, because the company makes merchants financially whole for any approved orders that later turn out to be fraudulent. Legitimate customers are better served because their orders are not delayed or falsely declined by cumbersome manual reviews or fear of fraud.

“Slowing down the buyer journey and adding frustration to the customer experience is a great way to lose a buyer to Amazon,” Guha said. “The merchant has already spent real dollars in getting that buyer to visit the site and click on the buy button. Why lose them after doing all the work?”

Signifyd has established itself as the market leader in fraud protection, enabling digitally native and innovative enterprise retailers to increase revenue and improve customer service. Guha said he looks forward to leading the team that will further accelerate the broader enterprise adoption of Signifyd’s solution.

How to Offer Curbside Pickup in a Time of COVID-19